A form of medicine that uses information about a person’s genes and proteins to prevent, diagnose, and treat disease.


With the advancement of scince a lot of information has been gathered regarding the genes and proteins that cause the formation, growth and spread of cancer cells.

More effective with better side effect profile. May be administered in outpatient setting. Better quality of life


Before 2001, fewer than 1 in 3 people with chronic myelogenous leukemia (CML) survived more than five years after diagnosis. Then, along came Gleevec. The U.S. Food and Drug Administration (FDA) approved the drug as a targeted treatment for CML in 2001. Treatment for CML hasn’t been the same since. A 10-year follow-up study showed that 83 percent of people using the drug survived 10 years, some well beyond the decade mark. They did so without unacceptable toxic effects.


Long-term results from a major international clinical trial reveal that a fifth of patients with advanced gastrointestinal stromal tumours (GIST) continue to survive a decade after first taking the targeted drug imatinib, also known as Glivec.


Some 10% of patients are still on the trial after 10 years, living free of any progression of their cancer – providing evidence that targeted cancer therapy can deliver dramatic, long-term responses even in patients with advanced cancer that has spread round the body. 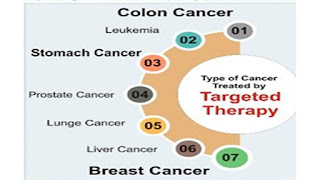 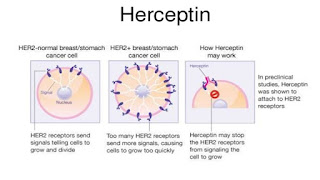 Breast cancer: A woman’s ultimate woe.   Cancer, the very name sends a chill down the spine and the heart shrivels at the very thought...

cureyourcancer
Dr. Vibhor Mahendru is an experienced and knowledgeable cancer surgeon having dedicated more than 15yrs to his speciality. He has been trained at Rajiv Gandhi Cancer Institute in Delhi one of the most renowned cancer institute in Asia. His areas of expertise are breast, ovarian and uterine cancers as well as head and neck and abdominal malignancies. He has treated more than 25000 cancer patients with excellent survival and quality of life